You are here: Home / Archives for Community Posts

“Worry weighs down the heart, but a kind word gives it joy” (Prv 12:25). Let’s not underestimate the power of our words for they wound

Today, Pope Francis presided over an extraordinary Ubti et Orbi blessing. This blessing, “to the city and to the world”, is traditionally given a couple times of the year on Easter and New Year’s Day. It has attached to it a plenary indulgence. Pope Francis delivered the blessing after the below reflection due to the […]

Over the past week, due to Covid-19, many countries around the world have consecrated themselves to these two very distinct devotions in the Catholic Church – The Sacred Heart of Jesus and […]

‪“The Lord is close to the brokenhearted” (Ps 34:19). Reflection: It is in our pain that God brings us relief, in our loneliness that He

Pray with the universal Church at home with kids using Night Prayer.

In a time where social media is being flooded with content, and we may have more time on our hands, let’s take a look at what we are consuming and if we really need it in our lives.

When I was a young priest and only weighed a fraction of what I do now, I went to visit my missionary friend, Sr. Evie Vasquez ICM, in Neuvo Santa Rosa, Guatemala. I accompanied her as she went out to visit several small aldeas, or villages, that were …

Another St. Gregory and the continued fight against Iconoclasm.

In an effort to reach my followers and readers in a new way, today I recorded and uploaded Episode 1 of the JP2 Generation Podcast. I have been thinking about starting a […]

I have been wanting to get a least one blog post out this week because I felt the need to reach out to my readers and followers. We are living through unprecedented […]

Here we are already at the third Sunday of Lent. We are about halfway through already! How time flies when you are having fun! If your Lent has so far been going well, you are practicing the three traditional penitential practices of prayer, fasting an…

Many things are going on in the parish and here is a brief update. First of all, as you know, at the initiative of the Diocese, we have temporarily changed several of our liturgical practices out of an abundance of concern for health and safety. For th…

Lent is a time to think more seriously about the deeper aspects of life. One of the more neglected areas of theology is eschatology, all those issues involved in Christ’s Second Coming and the world to come.Eschatology is an important part of our faith…

In light of COVID 19 we thought we would offer some simple steps you can take to pray at home.

The beginning of Iconoclasm.

Where you find no love, put love, and then you will find love.” ~ St, John of the Cross I had a birthday cake to make on March 12. My eldest daughter was turning 27 the next day. This is… Continue Reading →

There is no doubt that certainty these days is lacking the strength of normalcy. What appeared normal three weeks ago is now abnormal. We are

This is the worst lent ever. Or is it?My family took an extended trip to Europe several years ago. As we planned for our month-long visit, we hoped everything would work out as planned, but the one thing we knew for sure was that something was going to go wrong. Actually, several things would go wrong. Sure enough, they did. We were ready for them, though, because we knew that all the disasters and near misses would be the stories we would tell years later. There was the rental van that we 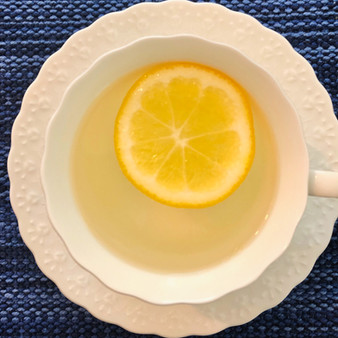 Sunday They were all united in prayer… with Mary the mother of Jesus. (See Acts 1:14) The original Carmelites built their community around a chapel dedicated to Mary and called themselves “The Brothers of Our Lady of Mt. Carmel,” because… Continue Reading →

A take-off of the “Mount Rushmore of Saints”, Fr. Conrad Murphy and Fr. Christopher Seith talk about their top churches. What churches would you include?!

Today is Chuck Norris is 80 years old. I wonder what he’s going to do for his mid-life crisis.
The post <span class='p-name'>Chuck Norris</span> appeared first on Brandon Kraft.

A papal visit to Constantinople.

Yesterday, the world celebrated International Women’s Day. It’s a day where the world commemorates the social, economic, cultural, and political achievements of women. If you desire to learn more about the history […]

As human beings, when someone hurts us, our natural tendency is reciprocate or to resent them for what they have done to us. Jesus, however,

Two has been a remarkable time in our lives with Tolkien. “Remarkable” is a word that a family friend who happens to be a priest likes to use when “many remarks could be made.” I wouldn’t go so far as to say that Tolkien’s experience with the age of Tw…

I wanted to quickly share some news with my readers – On February 20, I was asked to meet with my Pastor at the parish where I work and was told that […]

All Catholics must speak out for equality, against racism, say leaders